Another World's Zombie Apocalypse Is Not My Problem! Review

another title for #reviews, this time of an isekai fantasy zombie series!

this review reflects only the first volume and the first chapter or so of volume 2!

tl;dr 4/5, funny and unique, not great if you're not okay with bodily fluids 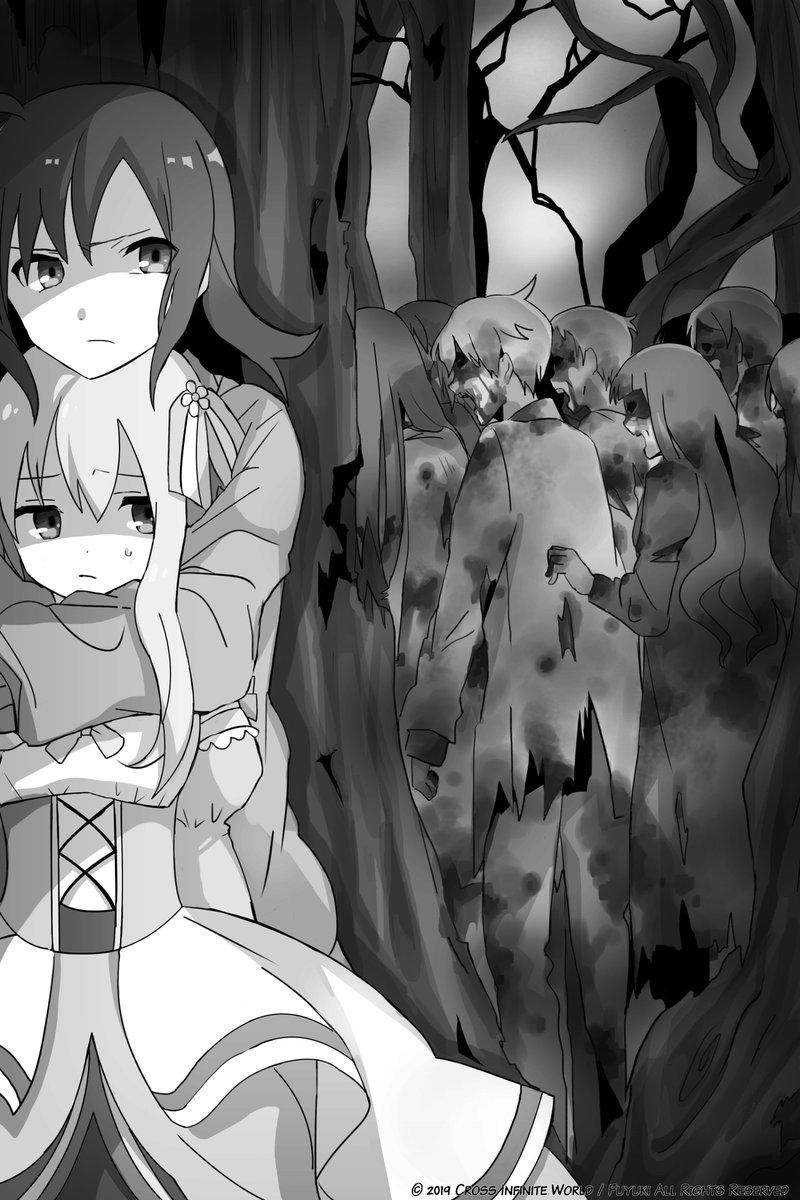 Just when I thought navigating high school was bad enough, I woke up to a rotting, post-apocalyptic world! I thought that the poisonous swamp surrounding my small island would have protected me from all the drama, but what did I see staggering my way? A nasty, putrid zombie! With nothing left to lose, I shoved it away! To my surprise, it turned into a living, breathing, not-so-dead human!

So, I have the power to purify zombies. And now I’m expected to save this undead world from the zombie apocalypse? Great. This is so NOT my problem!

i think my tl;dr sums it up very well but main character Mizuha wakes up in a fantasy world overrun by zombies, only to find that she's able to turn them back into humans by purifying them with her right hand... and her spit (hence the bodily fluid warning)

it's very silly, you're either going to really enjoy the characters or really hate them. if you're a person who shudders at the thought of spit and things you should definitely AVOID THIS SERIES. i probably would not have picked it up if i knew *shudders*

mild body horror warning as well for some of the zombie types!

this is definitely a more campy, hilarious zombie story rather than the serious kinds we see in other works (think closer to sean of the dead than the walking dead, but no where near as graphic as like z nation?). if you like zombies but don't like perma death this might be a good series for you.

in volume 1, Mizuha, the knight Lex and Princess Cia save the kingdom, restoring people from mindless zombies.

volume 2 introduces more to the fantasy world, including additional race(s) and places in the fantasy realm. anything i can speak further would be major spoilers for the first volume.